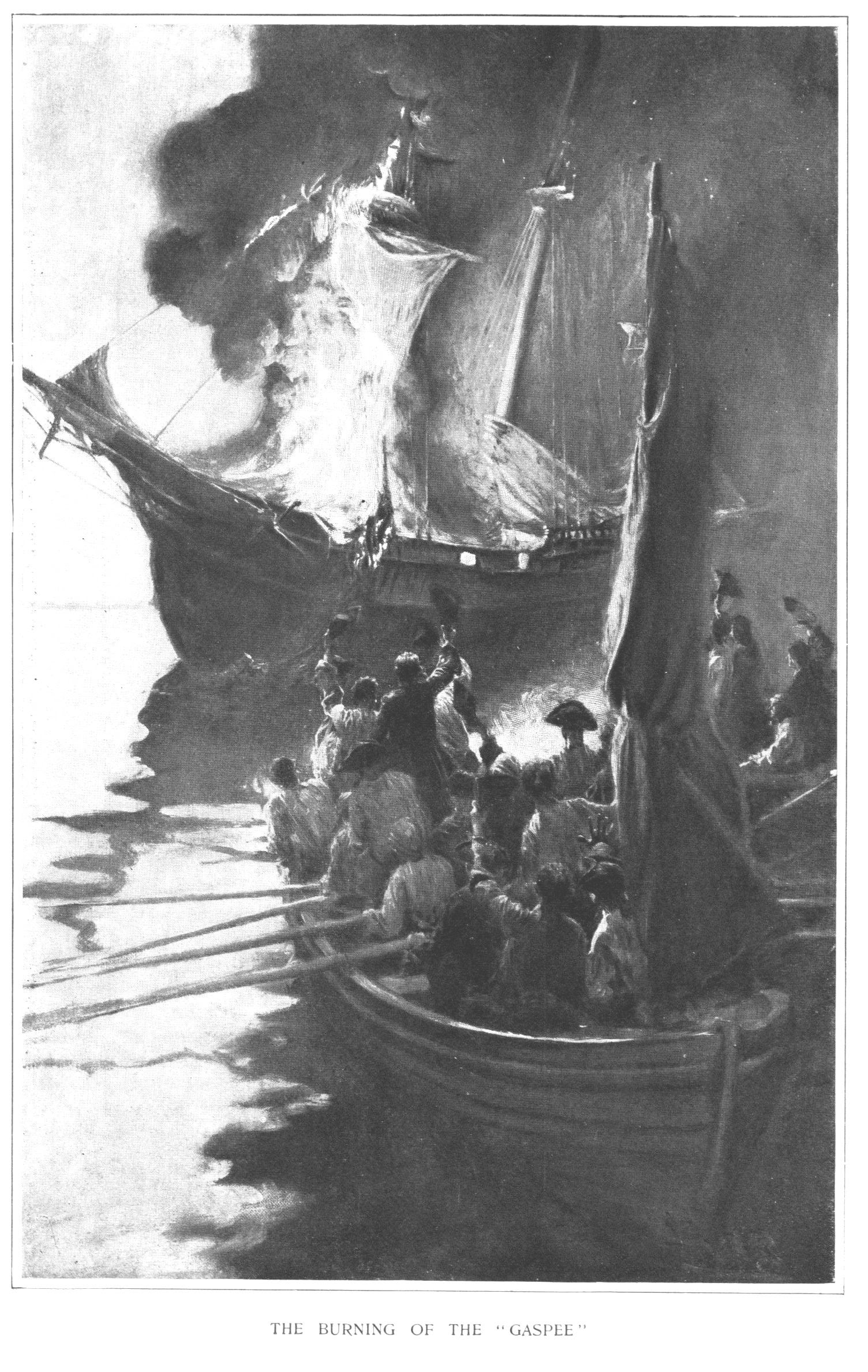 In Warwick and Cranston, Rhode Island, Gaspee Day commemorates the sinking of the HBMS Gaspee by Rhode Islanders in 1772. From Wikipedia:

In early 1772, Lieutenant William Dudingston sailed HBMS Gaspée into Rhode Island’s Narragansett Bay to aid in the enforcement of customs collection and inspection of cargo. Rhode Island had a reputation for smuggling and trading with the enemy during wartime. Dudingston and his officers quickly antagonized powerful merchant interests in the small colony. On June 9, the Gaspée gave chase to the packet boat Hannah, and ran aground in shallow water on the northwestern side of the bay. Her crew were unable to free her immediately, but the rising tide could allow the ship to free herself. A band of Providence members of the Sons of Liberty rowed out to confront the ship's crew before this could happen.[5]

At the break of dawn on June 10, the ship was boarded. The crew put up a feeble resistance and Lieutenant Dudingston was shot and wounded, and the vessel burned to the waterline.

That's the short version, be sure to go to Gaspee.org for MUCH MORE.

And every year, about this time, we still hold the Gaspee Days Parade. Here are some pics (many more to be found at official websites):